West Knoxville residents Joe and Mary Kemp have been happily married for 47 years. The retired couple has two children and five grandchildren whom they adore. In October 2020 at one grandchild’s baseball game, Joe became abruptly immobile on his right side. He was having a stroke and could not move or speak. He was rushed to the hospital and admitted to intensive care.

Mary recalls the frightful event in vivid detail. “We didn’t think he was going to make it,” she says, shaken at the memory. “We were told that it didn’t look good. It was a different kind of stroke, not the kind where you have a clot and can get that clot-busting drug.”

Joe suffered an active onset hemorrhagic stroke, which occurs when a weak blood vessel bursts and bleeds into the brain. Hemorrhagic strokes are less common and often deadlier. After six days in critical care, Joe was transferred to Patricia Neal Rehabilitation Center, East Tennessee’s premier rehabilitation hospital for patients who have suffered brain, neurological conditions and spine injuries. He stayed there for five weeks.

Joe’s stroke was on the left side of his brain, paralyzing his right side. He needed help transferring in and out of his wheelchair and could not walk. He also suffered from expressive aphasia, meaning he could not speak. Joe emphasizes that he can think clearly but can’t always express himself.

After several weeks of rehabilitation, he was able to walk 150 feet with a walker and moderate assistance.

“Joe made amazing recovery while at Patricia Neal,” she continues. “By the time he left, he was able to independently propel his wheelchair, he needed only a small amount of steadying assist for transferring in and out of the bed, and he was able to get in and out of the car with moderate assistance.” He now walks unassisted except for a special leg brace. He has also made notable progress with speech and swallowing, and continues to undergo occupational therapy to help with range of motion in his right arm and shoulder.

“They were great at Patricia Neal. They took care of me. And I did what they told me to,” says Joe, with some effort. Mary adds, “Sometimes he doesn’t realize how far he’s come because he’s not back to normal. But I remember when he woke up from his stroke, he couldn’t open his right eye, couldn’t speak and his right side was paralyzed. So his being here now is a miracle.”

Hsiang says that Joe was “one of those special patients that I will never forget.”

After coming home from Patricia Neal, Joe began the long road to recovery, including outpatient therapy sessions at Covenant Health Therapy Centers. His team of physical, speech and occupational therapists built on the foundation that had been laid at Patricia Neal Rehabilitation Center.

After several months of physical therapy and progress in walking, speech and swallowing, one of his outpatient therapists, Bethany Edmond, OT, felt he was ready for more. She recommended him for a special driving program through Patricia Neal. 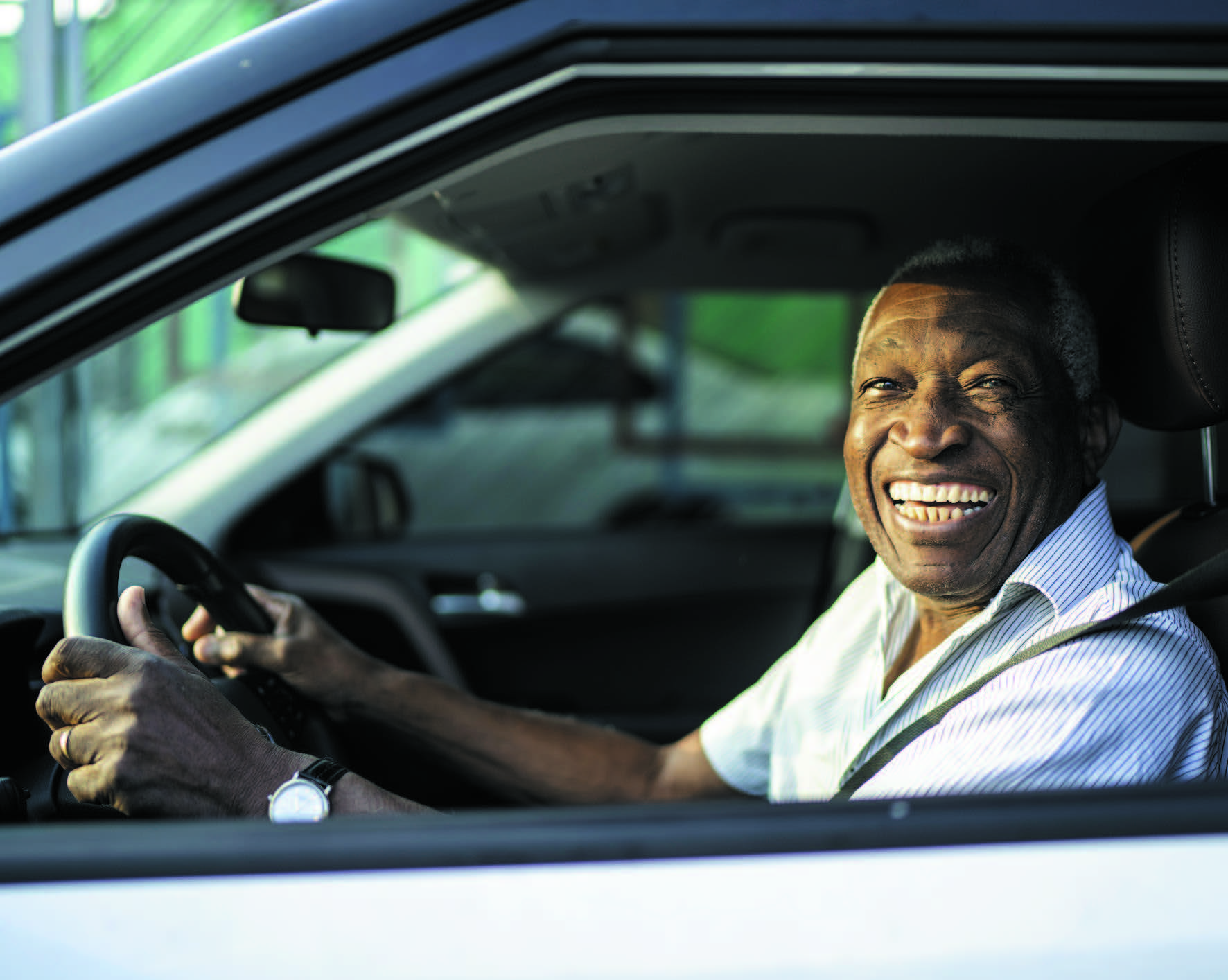 Joe was a prime candidate for the driving program because his cognitive skills remained intact. He continued working hard to improve and control his physical abilities, like range of motion on his right side.

To begin the driving program, patients undergo a clinical evaluation of their abilities. Nicole White, OTR/L, CDRS, is an occupational therapist at Patricia Neal Rehabilitation Center who leads the Comprehensive Driving Program. This program is for people who have had a medical event and are near the end of their recovery process, or people with a progressive disease diagnosis having trouble performing daily activities, like driving, that may benefit from adaptive equipment or a modified driver’s license.

One modification that was helpful for Joe was a knob on the steering wheel to improve his grip and help him make turn. He also used a left-foot accelerator that is connected to the original brake pedal and allows him to use his left foot to drive. After eight sessions of successful trips from parking lots to the interstate, this adaptive equipment was added to his own vehicle.

Nicole reports, “Joe was someone who knew he had the ability to do it, he just needed some confidence and education. He took that info and ran with it.”

It brings tears to Mary’s eyes when she recalls everything her husband has been through. “We have a strong church community who were praying for us every day,” she recalls. Joe reaches for his wife’s hand and says, with purpose, “This is why I’m still here. She is the love of my life.”