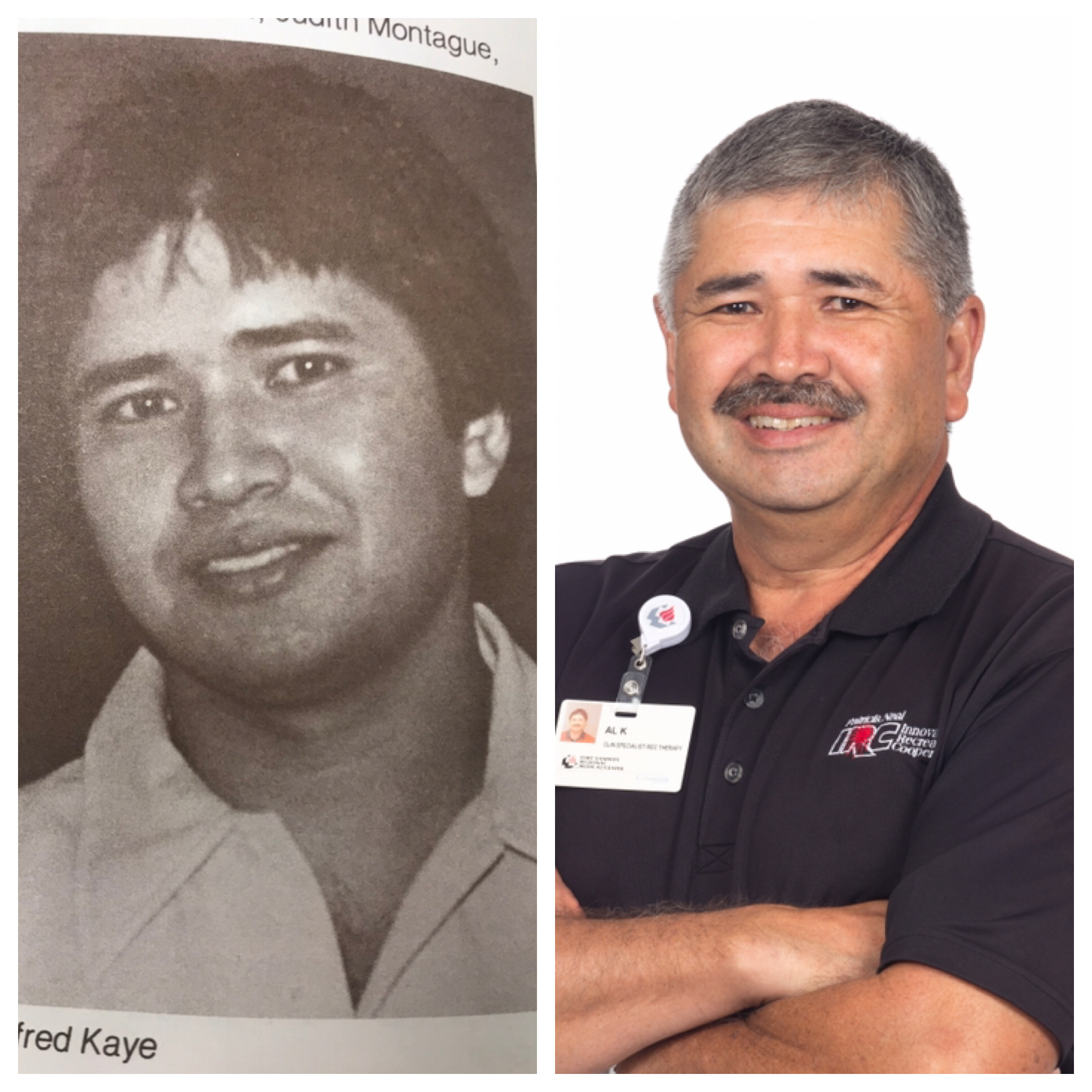 For today’s Flashback Friday, we are featuring Patricia Neal Rehabilitation Center’s Al Kaye. For many of the staff at PNRC, Al is a mainstay of the center who has been a part of the rehabilitation team for 38 years. He wears many hats for PNRC and serves as the Brain Injury Program Lead and the IRC Program Coordinator, among a variety of other duties. Learn more about Al’s illustrious career and how PNRC has evolved below.

1. When did you start your career at Fort Sanders Regional?

June 22, 1981 when Ft. Sanders Regional Medical Center had transitioned from Ft. Sanders Presbyterian Hospital. At that time, there was still some of the old name on stationary and it was on the North Wing of FSRMC.

2.) Have you always worked in the same department?

Yes…with the added statement that says  and all other duties as assigned . I am a grant writer, researcher, fundraiser, community service liaison, Past Program Evaluation/Quality Coordinator, PNRC Fleet Manager, Project Manager, CARF and Joint Commission lead, and more!

3.) What is one major aspect related to your job that has changed significantly over the course of your career? (ex. Any new technology/innovations?)

Length of stay for care and how the continuum of care has changed is probably the biggest change over the years.  Computerized technology, of course, as the first PC in rehab was installed around 1984, and it was a single desktop with the old CRT monochrome screen.

4.)    How has the hospital grown or changed since you were hired?

When I came to PNRC, PNRC was on 3-East for therapy and 4-East for patient housing.  I moved my office 7 times in my first year here, but home is where you hang your hat!

In 1987, the old nursing school which was a blue brick building became the Thompson Cancer Survival Center.  There used to be a little IGA market there on the corner before then.

PNRC grew, adding 5-East and 4-West in its expansion with a specialized brain and spinal cord unit.  When I came, 5-East was an empty floor – I actually ran a haunted house for Halloween in 1982 with help from college students.

5.)    What’s your favorite memory over the course of your time at Regional?

PNRC staff were always patient focused so no matter what was going on – the patient has always been our hub and focus.  It is what has made the facility survive so many changes and uncertain times in healthcare.

The opportunity to expand service programs to help patients.  I have had a lot of opportunities to use my skill set in-house and in the community on behalf of FSRMC. I helped develop the team concept for PNRC with all of the therapy staff and nurses in 1982 which was also my first year doing a CARF survey. I wrote several grants to bring new opportunities to help our patients in a variety of areas probably equal to several millions of dollars.

I helped develop the Patricia Neal Golf Classic into a major fundraising event. I chaired the PNRC rooftop therapy garden design group in 1991 which opened in 1993 with the first accessible wheelchair playground in Knoxville on our roof. I founded the Patricia Neal IRC program in 1994.

7.)    How much was a gallon of gas when you started at Regional?

8.)    Do you remember the major news story from the year you started?

It was the year that Iran released our hostages as that were held since 1979, and of course the preparation for the 1982 World’s Fair locally.